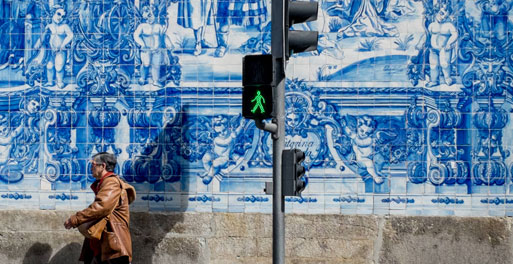 By The Chronicle of Philanthropy

This article was originally posted by The Chronicle of Philanthropy. Click the link below to view the original article.

Eric Trump Foundation Reportedly Paid Hundreds of Thousands to the Trump Organization: The family company received much of the $1.2 million the charity spent in the past decade putting on an annual tournament at Trump National Golf Club in Westchester, N.Y., to raise money for St. Jude Children's Research Hospital, according to Forbes. The costs spiked in 2010 after the foundation’s board was expanded to include several people with Trump Organization ties.

Eric Trump has long maintained publicly that the foundation kept overhead low by using the family-owned golf course for free. In a statement, a spokesman for the president’s son said that “at no time did the Trump Organization profit in any way” from the charity’s activities, ABC News reports.

Rockefeller Art Auction Could Fetch $700 Million for Charities: Next year’s Christie’s sale of 2,000 pieces belonging to the late David Rockefeller is expected to set a record for the auction of an individual collection, with proceeds to benefit the Museum of Modern Art, Harvard University, and other causes he supported during his lifetime, ARTnews writes. Read a Chronicle article on the philanthropic destinations of Mr. Rockefeller’s fortune.

Grant Maker Focuses on Nonprofits That Look Like the People They Serve: Fast Companyprofiles the Third Wave Fund, which is directing general operating support to grass-roots social-change groups led by and working to serve women, people of color, and sexual minorities. Read a Chronicle opinion column on systemic bias and the racial gap in nonprofit leadership.

Opinion: A “Science of Philanthropy” Would Make Giving More Effective: Philanthropy adviser Caroline Fiennes, director of the group Giving Evidence, writes in Nature about the need for research- and results-based approaches to giving that address how metrics such as the size, duration, and specific use of grants and donations shape whether the funding achieves stated goals.

Artist’s Research Examines Museum Trustees’ Political Giving: Performance artist and University of California at Los Angeles professor Andrea Fraser is mapping connections between major U.S. museums and campaign money for a planned book, The Art Newspaperwrites. “For me, the larger question about the relationship between museums, trustees, and the political field has to do with plutocracy,” Ms. Fraser said.

Central Park Conservancy Leader Retiring After 32 Years: Douglas Blonsky, who joined the nonprofit in 1985 and has been its president since 2004, is credited with helping transform Central Park from a trash-scarred haven for crime into today’s lush urban oasis and with building the conservancy into a fundraising powerhouse, writes The New York Times.

Schools Find Fundraising Success With “Jeans Days”: Across the country, schools with uniform policies are bringing in extra cash and stretching tight budgets by allowing students to wear jeans on designated days for a $1 or $2 fee, writes The Wall Street Journal(subscription).