How to Advance Pay Equity at Your Nonprofit 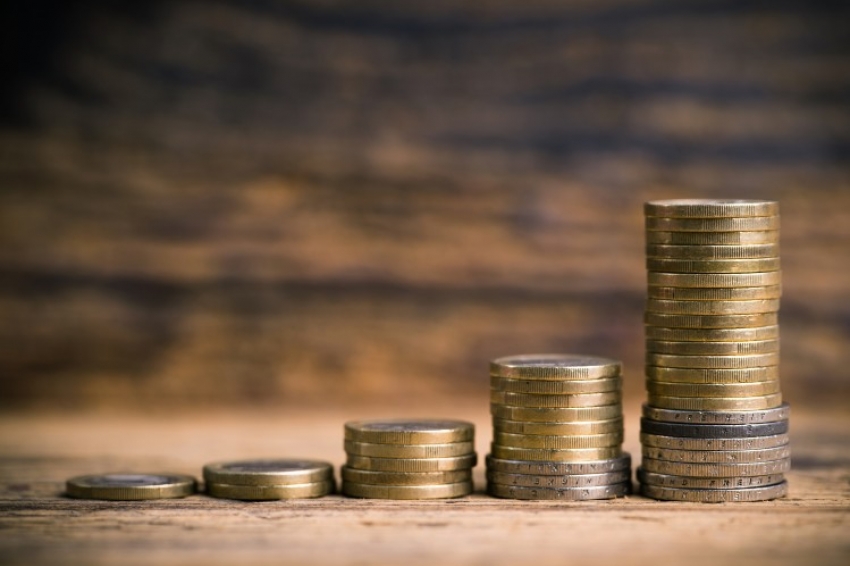 This article was originally published in the Chronicle of Philanthropy. To view the original piece, please click the link below.

Nonprofit leaders have been talking about the need to build more diverse and equitable workplaces for decades, yet research shows most groups have made little headway in hiring, promoting, and keeping people of color on the job.

According to a recent survey of more than 5,000 nonprofit employees by the Building Movement Project, an organization that produces research and tools on diversifying leadership, nearly half of nonwhite workers said their race curbs their career advancement, while more than two-thirds of white participants said the color of their skin gives them an advantage.

People of color at charities also were more likely to say they “often or always” felt frustrated with their salaries and were less likely to have received promotions, bonuses, or cost-of-living raises than their white counterparts.

Managers shouldn't assume their organization provides fair pay simply because it lacks data showing otherwise, says Kerrien Suarez, director of Equity in the Center, which promotes racial equity at nonprofits. Some human-resource managers tell her they’ve been instructed not to run compensation reports based on race, ethnicity, or other identities because the findings could lead to a lawsuit. “The overwhelming likelihood is there will be disparities by gender and race,” she says.

Now Is the Time

As the health and economic crises caused by Covid-19 drag on, some groups are wondering how they can prioritize racial-equity work when they are struggling to stay afloat. But Katie Donovan, founder of Equal Pay Negotiations, a firm that helps employers achieve fair compensation, says now is a “perfect” time to focus on revamping your hiring process because most groups are not doing much hiring. “You’re really using this nice lull in active recruitment to change things and then be ready so that as you do start hiring again, you are every single time undoing what has been done in the past,” she says.

If you truly are committed to ensuring pay equity, Donovan says, you need to revisit the way you hire, promote, and set compensation for your employees. “That doesn’t mean the entire thing goes out the window,” she says. “But every step needs to be looked at and adjusted.”

Here are tips from experts to help you identify pay disparities among your employees, work to correct them, and foster a fair approach to hiring and compensation for the long term.

First, stop asking job candidates for their salary history, Donovan says. Some organizations still do this to determine starting wages even though the practice is banned in many states because it has been shown to perpetuate pay gaps for women and other typically underpaid groups, she says.

You also should refrain from asking new hires how much they want to make. “The game of, ‘Well, let them tell me what they want to earn’ puts the pressure on the job candidates, and it puts people who are traditionally underpaid at a huge disadvantage,” Donovan says. Instead, specify the pay rate or the range in your job listings.

Let employees indicate their race and other identities. You can’t figure out how you’re doing on pay equity if you can’t break your data down by employees’ racial and other identities, Suarez says. The best way to get this information is to let each staff member “self-identify,” she says, including their race, gender identity, sexual orientation, and whether they have a disability.

It’s legal to ask this question of job candidates and employees, she says, but you can’t require them to respond. If your organization uses online job applications, you could require this question but include among the multiple-choice responses an option such as “I prefer not to answer.”

To collect this information from those who are already on your staff, Suarez recommends sending an “engagement survey” that asks them about their job satisfaction and includes a question about their identities. Given the charged atmosphere surrounding race, she says, you might also consider giving people a chance to share feedback on how they’ve experienced racism in the workplace.

If this is the first time your organization has asked its employees to self-identify, Suarez says, explain why you’re doing it now and make sure people know they don’t have to answer. “But also state clearly that you are committed to pay equity across identities, [and] in order to ensure that, you need to collect this information,” she says.

Determine whether pay inequities exist. Start by looking at what people on your team earn for positions with similar roles and responsibilities, says Ruhal Dooley, knowledge adviser at the Society for Human Resource Management. If you find a disparity, give the underpaid person a raise or freeze the higher-paid employee’s pay until the former catches up.

If your organization can afford it, it’s smart to conduct a formal audit of compensation. Try to do this on an annual or quarterly basis, Dooley says, so you can assess whether the steps you took to correct pay inequities in the previous period are working.

Hire an expert to help you do this well, says Angelique Grant, senior consultant and vice president of the Aspen Leadership Group, a consulting firm that focuses on recruitment, diversity, and leadership at nonprofits.

Ensure fair promotions. Assess who gets promotions at your organization and why, Grant says. For example, look at a specific promotion and ask yourself if all employees had the same opportunity to be considered or if it depended on relationships within the organization.

To prevent managers’ biases and perceptions from creeping into these decisions, she says, create a performance-evaluation process that is clearly defined and tied to measurable goals. Make sure staff members and their supervisors agree on the objectives at the outset and understand how the process works.

You also should define “classification structures,” Grant says, or levels in your organization's structure with specific roles and list responsibilities for each. For example, clarify how someone’s job description would change if that person moved from associate director of development to director. This can help prevent imbalances from occurring between people at the same level, she says.

Don’t offer promotions without a raise. This happens often but usually only to those who already face a pay gap, Donovan says, such as women or people of color. “And it usually comes around because the person was trying to just get paid appropriately for the job at a lower level doing less work,” she says. “So now they took like a 20 percent problem and made it a 30 percent inequity problem, and that just is bizarre. But it happens every single day.”

Create a formal compensation plan. Operating without a written plan for determining wages is “fertile ground for pay inequity,” Dooley says, because it leaves too much room for managerial discretion to come into play. He recommends building a plan that lays out objective criteria for starting pay, promotions, and merit increases. “When you address those three things, you really have done a lot to mitigate inequity in compensation,” he says, in part because you remove factors like salary history and negotiation from the conversation.

Set wages based on the median pay for white men. “It’s all about what is the white gentleman making,” Donovan says. “That’s the unbiased standard.” If you work with an outside firm to research market rates for positions, she says, ask it to give you the information in a way that excludes groups that are typically underpaid.

Write job descriptions that are welcoming to people from different backgrounds. Reread your listings to determine if they include expressions or sayings that could make people in minority groups feel excluded, Donovan says. For example, “the new immigrant is not going to know what you mean by ‘Go the full nine yards.’” Be aware that language that is second nature to you may not be to a majority of the global population, she says.

Assess your organizational structure. Even if you have a compensation plan, Dooley says, you could still have pay inequity at your organization if women, people of color, and others who face a pay gap are not equally represented at leadership levels. For example, you might have a wage gap for female employees because most of the women at your nonprofit work in administrative roles.

Examine your hierarchy for areas where women or people of color may be underrepresented and seek to correct that over time, Dooley says. “Nothing’s going to fix it overnight, but it has to be worked on to get fixed at all.”