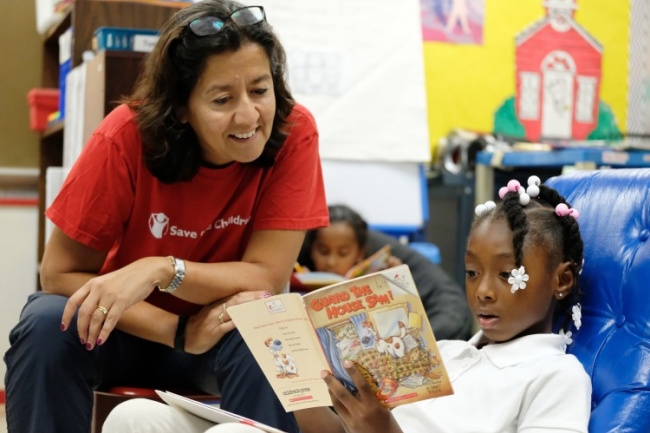 By Michael Theis and Dan Parks

This article originally appeared in the Chronicle of Philanthropy. To view the original piece, click the link below.

When Janti Soeripto was promoted to CEO of Save the Children in December, she also became the only nonwhite person to rise to the top of one of America’s 100 largest charities within the last year.

The other six new CEOs of top charities — four men and two women — are white. The seven new CEOs replace four women and three men, all of them white.

In short, diversity among America’s biggest charities took a small step backward in terms of gender diversity since the Chronicle conducted the same demographic analysis of nonprofit leadership a year ago.

Over all, 28 of America's biggest charities are led by women, and 11 are led by nonwhite CEOs. Four women fall into both categories. The remaining 65 charity CEOs are non-Hispanic white men.

When examining diversity among top leaders of the largest institutions, the big nonprofits do slightly better than the top businesses. Only eight of the largest U.S.-based companies are led by women, and only three are led by African Americans, according to Fortune. Not a single CEO of America’s 100 largest companies is a woman of color.

Soeripto, who is Dutch-Indonesian, said the progress on diversity throughout the nonprofit world has been so “glacial” that she’s become a supporter of quotas, which she previously opposed.

“Nothing is going to change if you just leave it at the current pace,” she said. “You have to force something to make it happen.”

For almost every job, there are qualified white male candidates because of the historic advantages they have enjoyed, she said. “It’s going to feel sometimes if you recruit and you pick a candidate who is not a white man that you’re going to take a risk because you divert from what has been the norm. So you have to use something that forces you to look at risk in different ways,” she said. “Quotas help you do that.”

Soeripto is not just encouraging other nonprofits to act; she says Save the Children has work to do itself.

She recalls that after six months in her new role as CEO, she attended her first meeting with all the leaders in the Asia region. She was surprised by the composition of those leaders, and she said so at the meeting. “This organization looks male, pale, and stale, and it’s really surprising,” she told the group. “There was a sharp intake of breath.”

“You can argue the ‘stale’ point because that’s very judgmental. But the ‘male and pale’ was just fact.”

Soeripto says Save the Children has made significant progress diversifying its leadership. Country directors, who supervise programs, projects, and staff in a country where the charity operates, are now roughly 50-50 in terms gender balance. She added, “There’s work to do on people of color or people from the countries that we work in.”

A big part of her focus, Soeripto says, is making sure she’s building a diverse pipeline of people who will be ready someday to move into higher management positions, including hers.

The Chronicle ranks charities based on how much they raise from individuals, foundations, and companies (excluding product donations and gifts from donor-advised funds).

Sean Thomas-Breitfeld, co-director the Building Movement Project, an organization that produces research and tools on diversifying leadership, noted that change will come slowly when so few top jobs turn over each year. When CEO jobs do open up, he said, "this is a time for some introspection on the part of people who hold power.”

Thomas-Breitfeld, who is a co-author the recent report “Race to Lead Revisited ” said diversity in leadership is important to nonprofits because of the types of people they often serve.

"The people closest to the problem are going to be closer to the solution,” he said. “Particularly in this moment, this issue of who is holding power in nonprofit organizations really does matter and does make a difference.”

View the original article for a list of the leaders of America's favorite charities broken down by race and gender.