NFL can teach not-for-profits about diversity 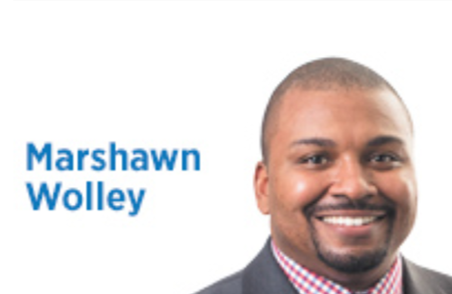 This article was originally published by the Indianapolis Business Journal. To view the full article, please click the link below.

Indianapolis needs a Rooney Rule to bust up our seemingly segregated not-for-profit sector.

The black executive director or not-for-profit CEO who is not working for an organization that is intimately tied to the black community is rare in Indianapolis.

When one considers the racial makeup of the leadership of major not-for-profits (annual budgets of at least $3 million) in Indianapolis, most fail to have more than one black person even in the senior-management ranks. In smaller Indianapolis not-for-profits, there might be one black vice president or black director, if there are any black people in senior management at all.

For the most part, with rare exceptions, if it’s not a black organization, the person running it is not black. Some notable exceptions that come to mind include the Boys and Girls Club, the Starfish Initiative, TeenWorks, and the Fathers and Families Center—where Maggie Lewis, Gisele Garraway, Tammie Carter and Wallace McLaughlin lead each organization, respectively.

A study by the Building Movements Project titled “Race to Lead: Confronting the Nonprofit Racial Leadership Gap” has been circulating in Indianapolis. The report challenges some prevailing ideas such as a lack of interest in the sector, lack of aspiration to lead, and background and qualifications of people of color in the not-for-profit sector. The report identifies boards looking for “the right fit” and recruiters not providing viable candidates during searches as among the challenges hindering diversity in the senior-management level of the sector nationally.

Locally, as well as nationally, black people are interested and qualified to lead not-for-profits. So what is happening?

Boards have an important role to play in addressing this issue. Their most important job is to hire the leader of an organization. Perhaps the most significant and immediate step is for boards to be intentional about seeking out diverse talent at the CEO and senior-management levels.

That could mean instituting a Rooney Rule. That’s the rule that initially required NFL teams to interview at least one minority candidate when hiring a head coach but now requires the same for all front-office positions. You don’t stop recruiting until there are viable candidates of color in the applicant pool worthy of an interview.

There is plenty of qualified and even interested minority talent that could lead major not-for-profits. Funders should ask if minority candidates are being interviewed in senior-management searches.

With the racial makeup of the nation and even Marion County set to change significantly in the coming years, it will become more important for organizations to be culturally competent and have relationships with different segments of the community at the board and senior-management levels.

Not-for-profits drive a lot of what happens in this city. I think the challenge is to think beyond “right fit” to what’s next for an organization and how it will engage an increasingly diverse city in an inclusive way.