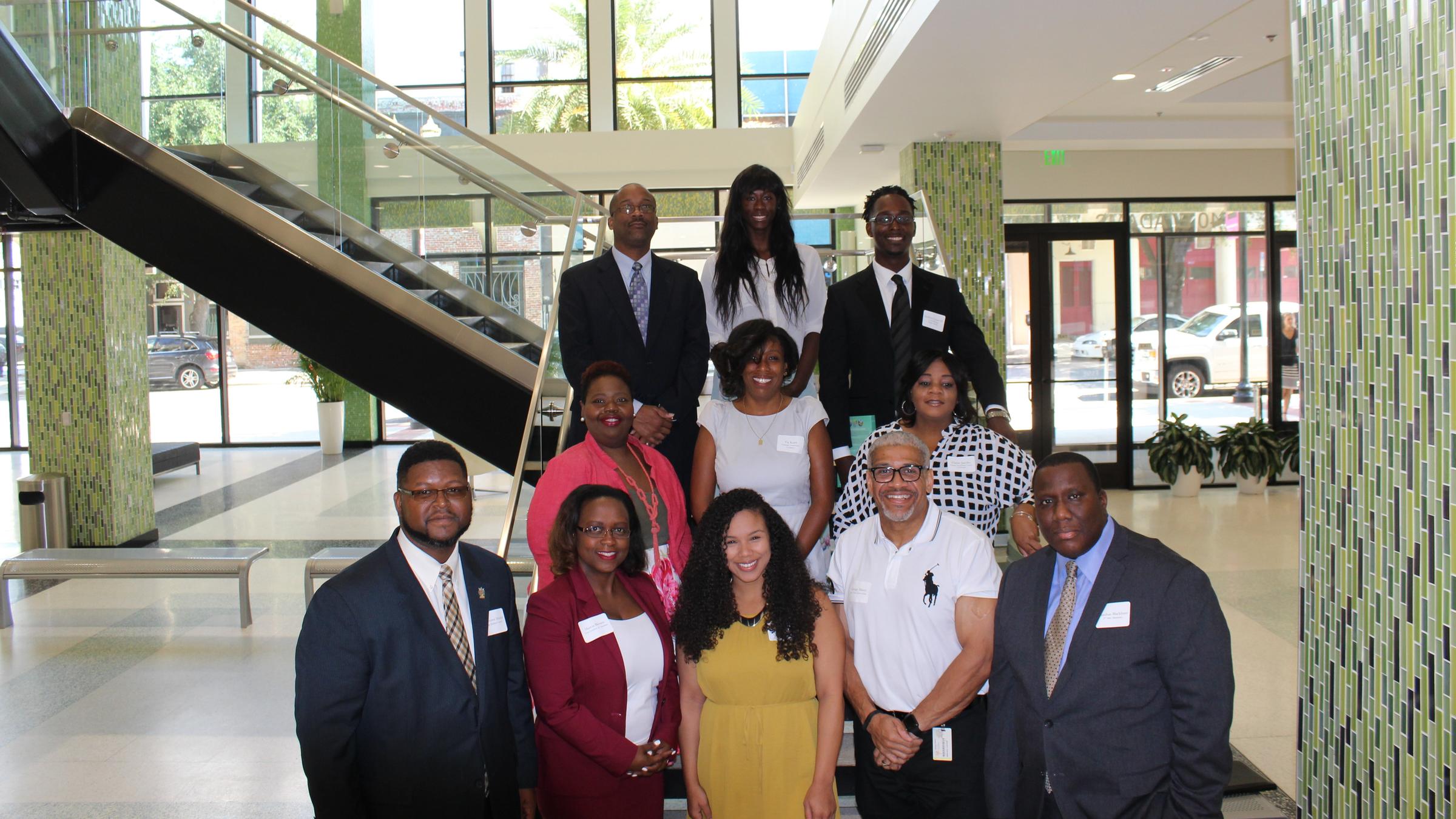 This article was written by Ryan Benk and originally published by the WJCT. To read the full article, please click the link below.

Next month, a group of 11 black community leaders will embark on an inaugural yearlong course designed to help build out the local network of people of color in nonprofits. The Leadership Accelerator course is funded with a $63,000 grant from JP Morgan Chase’s Nonprofit Capacity Building Program.

The Nonprofit Center of Northeast Florida (NCNF), which is spearheading the accelerator course, will use the grant to lease space in the Jessie Ball DuPont Center in downtown Jacksonville, curriculum materials, fees for visiting speakers, short-term “action plans” for each individual and staff compensation.

NCNF Program Manager Isis Alvarez said the program is as much about the class learning from the center and outside experts as it is trading experiences with each other. Some participants have decades of leadership experience and others

“To be honest nobody knows what it’s like to be a leader of color, but another leader of color. So, we want to make sure we create that space where they can share knowledge, share experiences, share issues and kind of workshop through those together,” she said.

Alvarez said the program would contain a number of components — industry networking, NCNF classes, peer workshops and most-importantly the crafting of an immediate action plan that each individual can take with them to accomplish some concrete, short-term goals.

A lack of access to this kind of support and systemic issues of bias have led to a racial nonprofit leadership gap, she said. Alvarez intends to address that reality head on and to create a program less concerned with the “window dressing” of diversity and focus on equity in “inclusion.”

“How we wanted to approach this was from a position that acknowledges those systemic barriers around circles of power that folks don’t have access to,” she said. “So … we hope this is, just a simple starting point, like a simple stepping stone as far as getting people in the room together to create these peer networks of support and then start expanding the [nonprofit sector].”

The Building Movement Project’s Race to Lead report, less than 20 percent of executive nonprofit leadership roles are filled by people of color. According to U.S. Census numbers, roughly 41 percent of the country's population identify as something other than white only. The report, which surveyed more than 4,000 respondents nationwide, also concluded it isn’t because of a lack of qualifications, aspirations or skills.

“When asked about the training they received, people of color and whites had few differences in the areas of financial skills, goal setting, articulating vision, advocacy and collaboration,” the report authors wrote. “People of color were more likely to see themselves as visionary and able to relate to their target population, but less ready to fundraise than whites.”

One of the accelerator cohorts, New Town Success Zone Director George Maxey, said he plans to take the skills he learned back to his community in hopes of training young people in the mostly-African American neighborhood.

“Most of the nonprofits work in inner cities or communities of color,” he said. “It just makes sense to include people in the process… We need to get to a point where we’re going out of business. That’s the whole goal — that the nonprofit works to the point where they’re going out of business, where they meet their goals, they meet their aspirations [and] there’s no longer a need to have those services because they’ve met their goal.”

Meeting that goal, Maxey adds, is a lot easier when the nonprofits look like the same people they’re trying to help.

The program will be collecting data all along the way to help show the approach works to bridge gaps and expand networks of minority leadership. Alvarez said NCNF would have to reapply for grants using that data after the first cohort is completed.