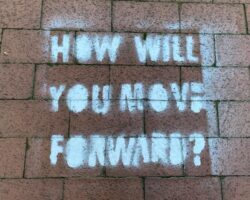 This article originally appeared in Candid's Philanthropy News Digest. To view the original piece, please click the link below.

Despite the growing attention paid to diversity, equity, and inclusion (DEI), entrenched disparities driven by white privilege continue to dominate the nonprofit sector, a report from the Building Movement Project finds.

A follow-up to a series of reports based on a 2016 survey, the report, Race to Lead Revisited: Obstacles and opportunities in addressing the nonprofit racial leadership gap (49 pages, PDF), found that entrenched biases in the sector disadvantage leaders of color and that DEI efforts and growing awareness of systemic racial injustice have not led to significant change. Based on a 2019 survey of more than five thousand nonprofit staff, the report confirmed the earlier survey's findings that while respondents of color and white respondents had similar levels of educational attainment and were roughly equally distributed across the organization from the administrative support to senior manager/director levels, fewer people of color held executive director or CEO positions. Indeed, the racial gap at the top widened over the three years between surveys, from 23 percent of white respondents and 20 percent of respondents of color holding executive director or CEO positions in 2016, to 26 percent of white respondents and 17 percent of respondents of color in 2019.

The survey also found that respondents of color who were not executive directors were more likely than their white counterparts to say they were "definitely or probably interested" in becoming a nonprofit ED or CEO (52 percent vs. 36 percent, compared with 50 percent vs. 40 percent in 2016). At the same time, nearly half (49 percent) of respondents of color in 2019 said race/ethnicity had a "very or slightly negative" impact on their career advancement, up from 35 percent in 2016, while 67 percent of white respondents said their race/ethnicity had a "very or slightly positive" impact on their career advancement, up from 50 percent. And while both groups reported incremental improvements in workplace supports, people of color were more likely to cite challenges such as inadequate and/or inequitable salaries, a lack of opportunities for advancement, a lack of role models, a lack of relationships with funding sources, inadequate social capital/networks, being expected to "represent" their community, and being called on to push DEI efforts. In addition, while large shares of both respondents of color and white respondents agreed that executive recruiters don't do enough to find a diverse pool of qualified candidates, that organizations often rule out candidates of color based on perceived "fit," and that it is harder for people of color to advance because of their smaller networks, people of color were more likely to agree that that was the case.

According to the survey, 74 percent of respondents in 2019 reported that their nonprofits were engaged in DEI initiatives, but respondents of color were significantly less likely than white respondents to say leadership consistently demonstrated a commitment to DEI — except at nonprofits led by people of color. To help nonprofits make their DEI efforts more impactful, the report urges foundation and nonprofit leaders to address both the structures and experience of race and racism; consistently enforce and model DEI policies; reexamine funding practices so as not to replicate historic inequities and direct more funding to people-of-color-led organizations; set targets for recruiting and retaining racially diverse staff, leaders, and board members; and emphasize outcomes measurement and transparency.