Nonprofit Leadership Is Becoming More Diverse In Boston. What Took So Long? 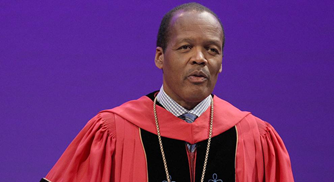 This article was originally published by GBH News . To view the original piece, click the link below.

Across the Boston area, a transformation has quietly been taking place: Over the past year, people of color have been hired as executive directors of several major non-profit organizations, including some that will have a non-white leader for the first time.

These new executives, in interviews with GBH News, said the shift in leadership is a sign of progress and a reason for optimism, but also an indication that much work still needs to be done to close the racial leadership gap in their sector.

“My fear is that the question will be something like the following: Does this increase in diverse leadership represent a kind of affirmative action, sort of, placating the awakening that we find ourselves in?” said Lee Pelton, president of Emerson College who will become president and CEO of the Boston Foundation in June and who is also a member of the GBH Board of Trustees. “The real question is, what took so long?”

“Finally, finally we are having these discussions,” said Jay Kim, who became the executive director at Foundation for MetroWest in January. “If you look at the history and systemic racism, that's why we are where we are today and that extends to the nonprofit sector. I do think you’re starting to see some changes, but certainly it’s still not where it needs to be.”

In addition to the Boston Foundation and Foundation for MetroWest, several other nonprofits across the area, including Boston Women’s Fund, Boston Impact Initiative, King Boston and Massachusetts Commission on the Status of Women, have recently named people of color as leaders. The Massachusetts Commission on the Status of Women and the Foundation for MetroWest will have a person of color leading them for the first time, and the Boston Foundation will have a Black leader for the first time since 2001.

Pelton said the racial reckoning that followed the murder of George Floyd has sped up efforts by board members to diversify nonprofit leadership. “I believe that this moment that we are now in has created a deeper sense of meaning and quickened the pace of their efforts in this area,” he said.

A report issued last year by the Building Movement Project found that people of color working in the nonprofit sector in Massachusetts faced significant obstacles in advancing to leadership positions. Half of the people of color surveyed said their race had negatively impacted their career advancement, and when they do become executive directors, people of color are more likely to lead smaller organizations, manage smaller budgets, work with smaller staffs and raise less money.

“The larger the organization, the more white and the more male,” said Frances Kunreuther, a co-director of the study.

The new leaders say they are energized by the activism of the past year, and most pointed to the increasing number of people of color in Boston’s elected political positions — Acting Mayor Kim Janey, Suffolk County District Attorney Rachael Rollins and Rep. Ayanna Pressley, for example — as an indication that civic leadership is transforming in the city.

“I think that the city is going through a Renaissance,” said Imari Paris Jeffries, who became executive director of King Boston in June 2020. “And I think this conversation around the emergence of civic leaders as a part of that Renaissance [means] we are really framing this with other national leaders as being a part of the Third Reconstruction.”

Natanja Craig-Oquendo, who became executive director of the Boston Women’s Fund last September, agreed. “To talk about this Reconstruction phase of America, and to see them [the elected leaders of color] at the helm allows me to be even more courageous in my role.” Yet, she said, “this work of civic engagement is not new.”

Craig-Oquendo said that she has witnessed renewed conversations around leadership diversity from funders and board members this year. She said it indicates progress, but is incomplete. “We're on the right path,” she said, calling for an expansion to include leaders from the transgender, disabled and undocumented communities. “It's not enough just to ask about Black and brown. There are too many marginalized communities that are still being left out that we need to ensure are part of this conversation.”

Another area for improvement is the gap between smaller nonprofits and what Paris Jeffries referred to as “institutions” — the hospitals, museums and universities that have operated for decades or centuries in the city.

Part of the challenge for leaders of color is that structural obstacles make it difficult for them to raise money — which is one of the main responsibilities of an executive director.

“People want to give money to people who look like them,” said Denella Clark, president of the Boston Arts Academy Foundation, who last summer became the first Black woman to serve as chair of the Massachusetts Commission on the Status of Women.

Bithiah Carter, president and CEO of New England Blacks in Philanthropy, said that because of the fundraising challenge, executive directors of color often bear the burden of keeping an organization solvent in ways their white peers do not.

“It can't just be on the executive director to say, ‘Let me not only lead the organization, create the strategic plan, create the strategic vision, move the staff along, and now I'm going to undo all the systemic racism too,’” Carter said. “It's back to that old adage, right? I'm expecting you to do twice the work for half the credit.”

That people of color face structural challenges in advancement is not unique to the nonprofit sector, but is more pronounced in Massachusetts, said Kunreuther, who has also conducted similar studies in other states.

“Especially in Massachusetts, people of color executive directors talked about access to people with resources [and] the social capital that’s needed to obtain those resources,” Kunreuther said. “Funding was a huge issue in Massachusetts — it’s a big issue everywhere, but we really heard it differently in Massachusetts.”

In order to achieve their missions, the new executives pointed to a trend that makes them optimistic: collaboration between nonprofits, local governments and the business sector, as well as between nonprofits themselves.

“Boston is so rich in resources, but we are so poor in coordination,” Craig-Oquendo said. “And I think if we begin to coordinate better, I think we will be able to move the things that we have struggled with moving.”

According to Carter, one example of how philanthropy in the city is transforming under diverse leadership is the New Commonwealth Racial Equity and Social Justice Fund, which was launched last summer by a group of Black and Latino business executives in the state to support nonprofits working on racial inequality and addressing systemic racism.

Betty Francisco, who later this month will become CEO at the Boston Impact Initiative, an investment firm focused on economic justice, said that 2020 highlighted the importance of nonprofit leaders working in solidarity with each other in multi-ethnic initiatives.

“We have much more power in advocating together, than if we do it individually,” Francisco said, who is also the co-founder of Amplify Latinx, a nonprofit focused on building Hispanic economic and political power. “That’s not new, but it’s something that is being accelerated — that multi-racial and multi-generational leaders are working together to advocate for policy change, and practice change as well.”

J. Keith Motley, who became UMass Boston’s first Black chancellor in 2007, said he is optimistic for the new leaders of color, who will benefit from being part of a cohort. “They have a head start,” Motley said, noting that these new leaders have a network of peers to count on for support, something he didn’t always have early in his career. “Here’s the other thing they do well — they talk to each other.”