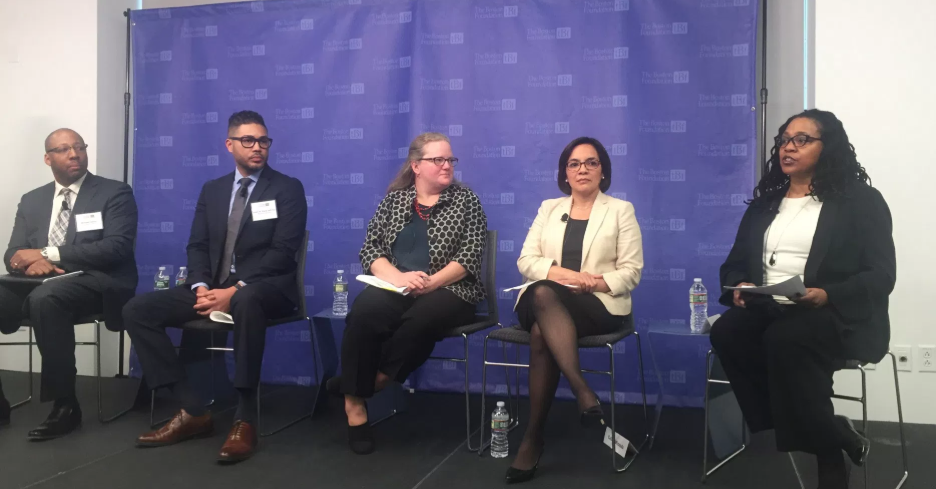 This article was originally published by spare change news. To view the full article, please click the link below.

Representatives from the Building Movement Project spoke about data they collected on this sector at a forum at The Boston Foundation headquarters on April 2.

National data and Boston data show that people of color want to lead, are qualified to lead, but do not feel supported in their sector.

Michael James, senior vice president of HR at the Old Colony YMCA, said those of color often seek mentorship and support outside of their organizations. He stressed that it is important for people of color to be at the leadership table.

“As far as original will and sponsorship, are there people speaking on my behalf when I’m not in the room? That doesn’t happen with people of color,” James said.

Imari Paris Jeffries, executive director of Parenting Journey,  said the sector itself is making it hard for people of color to want to work for nonprofits since starting wages are low.

“We are contributing to this poverty that many of the folks that we’re serving are living in. If I’m a first generation college grad, why would I want to come to our sector?” he said.

Hyams Foundation’s executive director, Jocelyn Sargent, said the narrative around diversity needs to change to highlight why people of color in leadership roles are an asset to nonprofits.

“We’re not valuing the lived experience as a particular way to bring about effective change,” Sargent said.

Sargent said the conversation can start by acknowledging those organizations that actively sought out people of color, particularly when it comes to philanthropy.

“Do make it very clear that that is part of why they are getting funded,” she said, “to validate that we see it and want to support you for that.”

Data from the report can be read here at racetolead.org.