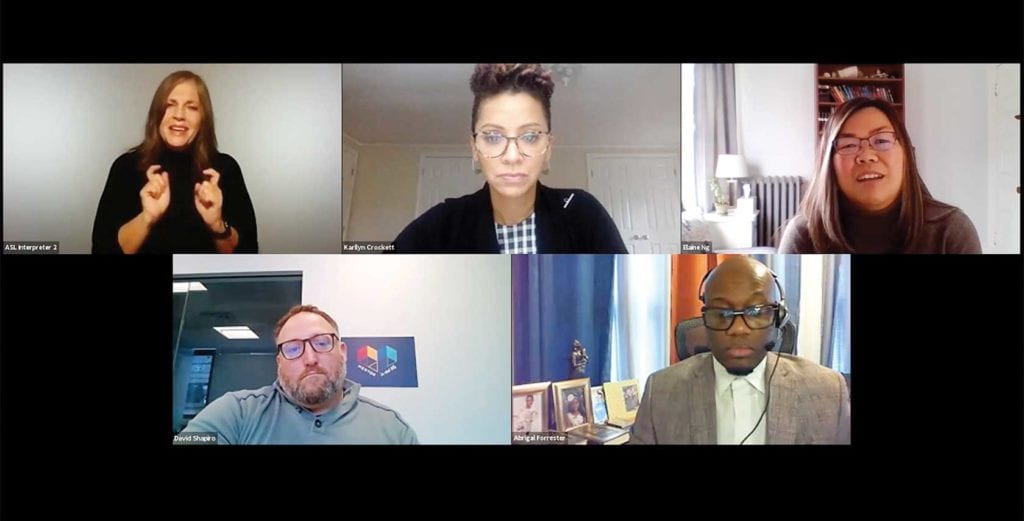 This article was originally published in the Bay State Banner. To read the original piece, please click the link below.

A nationwide survey has put the spotlight on Massachusetts nonprofits, and how people of color who fill their ranks want to move up, but find obstacles in their way.

The Race to Lead 2020 survey of over 5,200 respondents in the nonprofit sector reveals the disparity in ambition and opportunity between white workers and Black, Asian and Latino workers.  During the Race to Lead webinar on Oct. 28, nonprofit leaders, along with Boston’s chief of equity Karilyn Crockett, The Boston Foundation and the Barr Foundation discussed how far nonprofits have come and the long road ahead.

Recent studies have found that people of color are underrepresented in nonprofit leadership, making up just 8% of executive directors nationwide.

Jim Klocke, the CEO of the Massachusetts Nonprofit Network, attended the webinar, where he heard personal accounts to accompany the data.

“It helps everybody understand that this problem does not just occur one way, it occurs a lot of ways. It does not occur at one point in time, it occurs over and over again,” Klocke told the Banner.

Advancement can happen, the report found, when employees have proper support to move up. Yet more than half of white respondents said they found support through mentors within their organization, while less than half of people of color said the same. Overwhelmingly, people of color found mentorship and support outside of their nonprofit.

Crockett, who moderated the panel at the webinar, shared her past experience as a young woman leading a nonprofit in Boston.

“It was hard to get mentorship, to get a network together. And I remember walking into so many rooms and the person I was going to meet with … A lot of times the people would walk me in and they would not close the door behind me,” she said.

Crockett realized that they were waiting for the leader of the organization, not knowing she was the leader.

Elaine Ng, who started her nonprofit career at the Boston Chinatown Neighborhood Center, spoke of her mentor David Moy, who helped her in her journey to becoming executive director. “He really taught me how to think critically about my work in community change, and gave me the latitude to succeed and to fail,” Ng said.

Klocke noted that through organizations like the Boston Foundation, the Massachusetts Nonprofit Network and YW Boston, racial equity work has increased over the last few years. He attributes some of this to the Race to Lead 2018 survey.

“When that came out, wide circulation, [there was] a lot of attention, a lot of conversations. I think that helped begin an acceleration of work to support and promote the development of professionals of color in the nonprofit sector,” he said.

YW Boston has been working to help nonprofit organizations to think critically about race, and identify some challenges within their workplace to start addressing. With the help of the Boston Foundation, they’ve been bringing together groups of 15 to 20 to commit to implementing new strategies over the course of a year. Beth Chandler, CEO of YW Boston, explained the process.

“In some cases where the leadership team isn’t very diverse, [they] may have a diverse group of entry level employees, but as you move up the percentage of people of color, particularly Black and Latinx people is dropping off more significantly,” Chandler said.

At that point, they look at evaluation, hiring and promotion protocol, to see where bias may be influencing decisions. The Massachusetts Nonprofit Network is just one of many organizations that participated in this workshop.

Chandler, as a Black woman in the nonprofit sector, has experienced some of the lack of opportunity she is now working to undo.

“I think it’s also true that sometimes white candidates, and particularly white male candidates, get the benefit of the doubt,” she said. “There’s also the double whammy of being both Black and a woman. That can sometimes create additional barriers.”