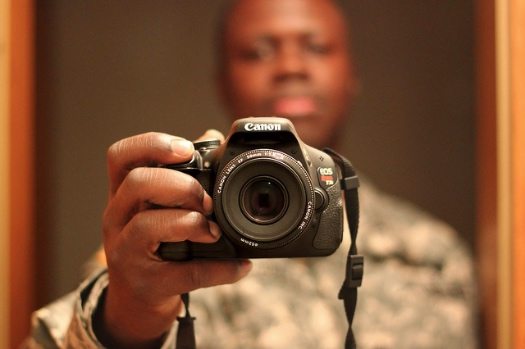 This article was originally posted by the Nonprofit Quarterly. Click the link below to view the original article.

Building Movement Project’s just-released leadership report, “Race to Lead: Confronting the Racial Leadership Gap,” which you can download here, highlights what many of us know: The nonprofit sector is experiencing a racial leadership gap. As the U.S. becomes increasingly diverse, the percentage of people of color in executive director/CEO roles has remained under 20 percent for the last 15 years. A study respondent said, “One of the big problems in the nonprofit sector is that the leadership of nonprofit organizations doesn’t represent the racial/ethnic diversity of the country.”

The report has a high-level message: “The results call into question the common assumption that to increase the diversity of nonprofit leaders, People of Color need more training. The findings point to a new narrative. To increase the number of People of Color leaders, the nonprofit sector needs to address the practices and biases of those governing nonprofit organizations.”

BMP has been researching and exploring generational shifts in nonprofit leadership for over a decade, and issues of race and executive leadership emerged early on. Studies warned of a generational leadership gap in the sector. The perception was that there were too few new leaders to take on these roles. New programs emerged to develop the capacity of people of color. But the numbers have not budged over the years and new, deeper data shows a different picture.

The prevailing theory of change has been that there needs to be more attention on finding or convincing People of Color to consider leadership positions, keeping those who are qualified from leaving the sector, and offering training to the others to prepare them for taking on the top job. Underlying this logic are the assumptions that People of Color are less interested in nonprofit leadership than their white counterparts, that qualified leaders of color will leave the nonprofit sector, and that those who stay do not have the skills to be competitive (without help) for top leadership jobs.

The survey findings show, however, that people of color are not only as ready to take leadership as whites, they are more interested. Fifty percent of people of color said they are interested in being a nonprofit leader, compared to 40 percent of whites. The perception that white people are more interested in leading cuts across race. Sean Thomas-Breitfield, co-director of Building Movement project, said, “One interesting thing that happened when we did focus groups is when we shared the two pie charts showing aspirations to lead nonprofit organizations (one showing 50 percent and the other 40), and asked people to guess which percentage corresponded to people of color and which to whites, even in groups with African American people, people assumed white people wanted to lead more.”

Respondents of color were slightly more likely than white respondents to think they should acquire additional technical or management skills (39 percent to 33). In addition to the survey, the study hosted focus groups to balance the breadth of the survey with depth. In them, respondents “consistently explained that they expected—or experienced—extra scrutiny of their skills based on their race/ethnicity.” In order to be seriously considered for top jobs, aspiring leaders of color with the same qualifications as their white peers need to show extra credentials, experience, or other evidence of readiness.

One area where there was difference along race was class. Despite the similarities in salaries, whites were more likely to identify as upper/upper-middle class (31 percent) than people of color (19 percent), and more people of color identified as working/lower class (31 percent) that whites (15 percent). Another area of difference along race was ability to fundraise. Respondents of color had a harder time fundraising. This makes sense when you think of class identification and the role of personal and professional networks in fundraising. There is lots of room for equity along race lines in the nonprofit sector.

The overwhelming conclusion is that the nonprofit sector, like the rest of the world, is an uneven playing field. The perception of itself as an uneven playing field is not there across race, however. Response to the findings differed along race. Sean noted, “We got different reactions from whites and people of color. People of color were likely to say, ‘duh’ and white people to say, ‘you’re kidding?’” White people picked the data apart and asked if the researchers had considered particular aspects of capacity building.

“We’ve invested a lot in training programs and our mental models,” Sean said.

The data, however, effectively “transfers the responsibility for the racial leadership gap from those who are targeted (People of Color) to those who oversee organizations as well as the sector overall.”

Systemic change has been a high-level sector strategy for more than 20 years. It makes sense that it applies to the nonprofit sector as well. Aspiring nonprofit leaders of color “face unspoken and unconscious biases that prevent those with the hiring power from fairly assessing, recognizing and valuing their potential.”

Linda Nguyen, Director of Talent Acquisition & Development at Center for Community Change and a respondent, said, “A part of me feels like people of color have exceeded the expectations for educational attainment and I’m hoping that this does not become a thing where it becomes something you go for, but it actually doesn’t turn into the opportunities that you expect. It seems to verge on being unethical.”

First, change the narrative about people of color leadership.

Finally, field organizations, like funders and associations (and one might add capacity builders, institutes, and news organizations) can incentivize new norms, set standards, and identify progress indicators for racial equity in the sector.

In other words, nonprofit leaders need to raise their awareness of the barriers facing aspiring leaders of color, build their capacity to address these barriers, and, finally, dismantle the barriers.

Frances said, “A lot of the racial equity work is looking at what we can do in our society…We’re really hoping the sector can take leadership in this area to show that change is possible.” So are we.