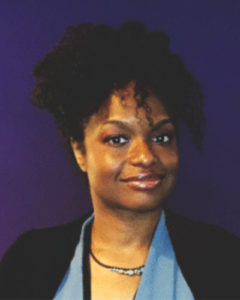 This article was originally published by Women's Media Center. To read the full article, please click the link below.

An important new study has found a persistent lack of women of color in leadership roles at nonprofits, despite increases in the diversity of the U.S. population and workforce.

The study, Race to Lead: Women of Color in the Nonprofit Sector, was conducted by Building Movement Project (BMP), a social justice research organization that provides support to nonprofits. The research, based on surveys of over 4,000 nonprofit staff across the country, is part of a series by BMP exploring why “the percentage of people of color in the executive director/CEO role has remained under 20 percent for the past 15 years,” states the report, and offers a thorough investigation and analysis of the reasons behind these numbers. The surveys “showed that people of color have similar qualifications as white respondents and are more likely to aspire to nonprofit leadership positions. The findings stood in contrast to the widespread assumptions that there are not enough people of color willing and able to lead.”

Women of color described instances of both subtle and blatant bias that detrimentally affected their career aspirations. These included being passed over for jobs or promotions in favor of white women, white men, and men of color with comparable or even inferior credentials. Having an advanced degree had no impact, and women of color with higher education were still more likely to be in support roles and to earn less than their white counterparts with less training and education.

“The data reveals what is really happening in the workplaces and the frustrations women of color are experiencing,” said Ofronama Biu, author of Race to Leadand senior research associate at Building Movement Project. “There has been an explosive response to the report, and we've had the most registrations we've ever had for our webinars and enthusiastic attendance at presentations.”

The “social landscape” within organizations itself creates barriers for women of color, who often feel left out and ignored, or else under intense scrutiny and highly visible, both of which are problematic for career advancement. “Women of color lack meaningful feedback at work and, on the other hand, often face excessive questioning about their decisions and actions,” said Biu. Although the report pointed out that regular feedback and performance evaluations are key components of career support, women of color respondents were least likely to receive them, and they also reported that job performance evaluations were often made through a “lens that is fraught with bias.” The lack of women of color in leadership roles means finding internal workplace mentors can be difficult, and many survey respondents sought mentors outside of their organizations. However, “internal mentoring was more common for women of color working in POC- or immigrant-identity-based organizations,” the report said.

Employing an intersectional analysis to the findings, Race to Lead goes “beyond racial differences alone to also examine the impact of both race and gender on the aspirations, experiences, and career advancement of women of color working in the nonprofit sector.” Race to Lead explored the “distinctive experiences” of people from “diverse racial/ethnic backgrounds and gender identities” in order to provide a comprehensive analysis. “We got feedback that we needed to look at the experiences of particular racial and ethnic groups, and how stereotyping had an impact,” said Biu. “The women of color said, ‘Don't lump us all together.’ Breaking it out this way gives people more of a voice.”

Many Asian/Pacific Islander respondents mentioned being held to the “model minority” myth, stereotyping that led managers to expect a disproportionate amount of work that didn’t always lead to salary increases or promotions. Black women reported being overlooked for promotions and job development opportunities, having to contend with assumptions that they were underqualified, and “being perceived through the ‘angry Black woman’ stereotype.” Latinx women reported being tokenized, and those who spoke Spanish or had an accent were assumed to be unintelligent. Some reported being mistaken for the “maid” or for “clients being served by the organization.” Although only a few transgender women of color responded to the survey, their experiences matched the 2015 U.S. Transgender Survey, which found that almost a quarter had experienced some type of workplace abuse, and 15 percent were verbally, sexually, or physically attacked or abused in the workplace.

Building Movement Project has held webinars and presentations, which have been mostly attended by nonprofit staff and senior leadership as well as people working in philanthropy, to discuss their findings, and new support networks among participants have sprung up as a result. All of this meticulous research and analysis has created a vital tool for nonprofits. This is “one of the few resources that has actual data and numbers on race and sexual orientation in the nonprofits,” said Daniel Anzueto, co-founder and board chair of the Maven Leadership Collective, which provides professional development for queer and trans social entrepreneurs of color and allies; Maven Leadership hosted a gathering to watch BMP’s livestream webinar about the report. “Participants at our watch party said about the webinar that ‘yup, that's impactful to see my experience written down’ and to have numbers [and data] validate it. We are so grateful for the work that [Building Movement Project] do, and it helps for us to be able to go to people with actual numbers to show what is going on. For Maven, it motivates us to be even more intentional with our goals and to make sure that we are doing what we say we are doing.”

Race to Lead concludes with recommendations for organizations to address their own internal biases, to ensure that women of color are paid fairly and that pay scales are transparent, and to create peer support groups for women of color. “The Race to Lead findings validated dynamics I see in the nonprofit world,” said Sandra Gasca-Gonzalez, vice president at the Annie E. Casey Foundation’s Center for Systems Innovation, and a panelist for a Race to Leadwebinar. “There’s a common assumption that people of color need more training in order to become nonprofit leaders. One point that I found surprising was that people of color desired to be leaders more than whites…. Organizations that turn away from a diverse workforce and diverse leaders will suffer in the future because they will be out of touch with the diverse cultures and races that make up our country and the people they are charged with serving.”

The report also calls for systematic changes, including at the philanthropic level, noting that organizations centered around women and girls of color receive only 2 percent of foundation funding. “I am always looking around for other Black women leaders,” said Linda Goler Blount, president and CEO of the Black Women’s Health Imperative; BWHI recently formed a coalition with the National Coalition of 100 Black Women to pool efforts around Black women’s health and civic engagement and “because we wondered, Where is the outrage? The environment that the Trump campaign and presidency has created is not only anti-woman, it’s especially relentless about reproductive health and reproduction in general. All women's organizations, especially women's health organizations, are focused on equity, but with Black women's organizations or women of color organizations there is a special understanding of our shared lived experiences.”

The nonprofit sector continues to increase in size and influence, and its importance in protecting people’s civil rights has never been clearer than right now. But “the Race to Lead data shows that nonprofit organizations need to dramatically change more than the words we use on our websites and in our grant reports,” states the report. “Real change means re-shaping the hierarchies and power structures in the nonprofit sector, the ways organizations behave, and how they treat their staff, particularly women of color.”